At this time the line-up comprised:

Riccardo Lazzeri on guitars and Marcello Bonetta on keyboards deserve a special mention as well, for their contribution to the band.

After several performances at small venues and in front of limited audiences, in 1978 Aurora Lunare got a bigger public exposure at Teatro Tenda in Livorno, also opening for Alan Sorrenti and immediately receiving critical acclaim in the local p

In May 1979, Aurora Lunare toured  Livorno province (Elba Island included), performing before Tullio De Piscopo and getting the opportunity to play as opening band for Premiata Forneria Marconi ‘s concert at Livorno City Stadium  (August 25th, 1979) and for Ivan Graziani too.

Definitely, among the most 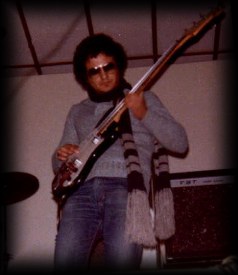 successful concerts from the perspective of Progressive expressiveness there is the one held in April 1980 at Teatro La Goldonetta in Livorno, where the band seemed to have achieved a good degree of musical maturity from an artistic and composing point of view .

NOTE ON THE GOLDONETTA CONCERT. This concert, like some others, was structured on the concept model pertaining to the “phantasmal wo

rld”, a reference to the individual processes of elaboration of the experience. In other words, the activity of the imagination, mediated by emotions and by the production of images and mental representations, which (often) escapes from processes of logical-formal nature. Very interesting and impressive were the songs introductions, recited by Gabriella Pacinotti of “Spazio Teatro” company and based on Luciano’s lyrics. 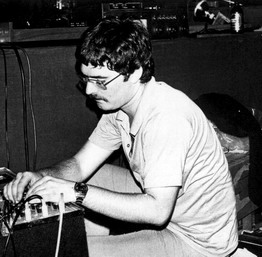 In the summer of 1980 there was the participation in a tour sponsored by Radio Monte-Carlo, where Aurora Lunare competed the final contest with the song Eroi Invincibili.. sono solo i pensieri.

In the same year, there were some contacts with managers and record companies in an attempt to find an outlet for their music but, maybe due to the fact that the Progressive was in its downturn (the notorious 80s had just begun) or perhaps due to the lack of some extra courage, they failed in the attempt.