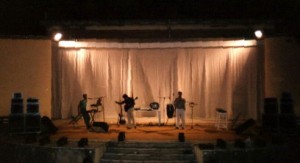 Some common problems, such as the beginning of a job or university studies by some members of the band  and  the departure for the military service by some others, along with a bit of discouragement d

ue to the deadlock reached by their activity (and even the sudden unavailability of the rehearsal room!), undermined the unity of the group that shortly thereafter would have broken up.

When Marco and Corrado left the band in the summer of 1980, Aurora Lunare sought new musical paths that allowed to express themselves in the difficult eighties. 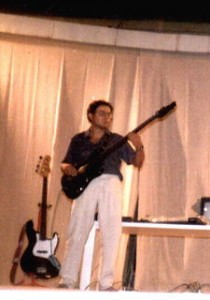 The departures also set the stage for the arrival of other musicians and the line-up featuring Luciano and Mauro saw the alternation of other members: Riccardo Billeri (drums), Alessandro Corvaglia (guitars), Giacomo Salina (percussion and vocals), Antonio Salina (keyboards and vocals), Richard towers (guitars), Stefano Onorati (piano and keyboards), “motionless engine” of the current line-up. 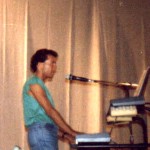